The Olympics are the greatest sporting event on Earth. And I love beautiful data. So, every time the Olympics roll around, I take the opportunity to combine the two. New data on the 2018 PyeongChang Olympics are coming soon, but for now, take a look back at my sum up of the 2016 Rio Olympics and look for more to come – including new data on gender diversity! 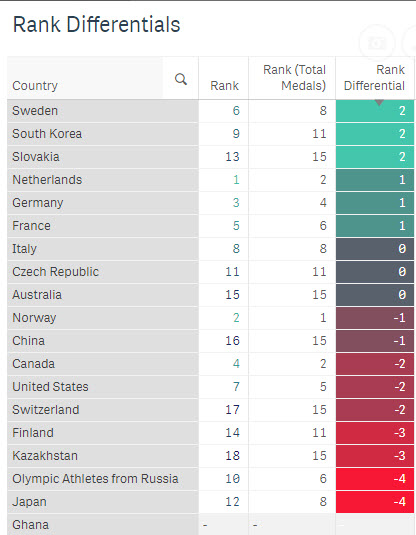 Well, with #Olympics withdrawal on the horizon, it’s time to revisit the data and see who really “won” the Olympics! As always, it depends on what you consider winning, BUT I’ve always maintained that the simple medal count isn’t a sufficient metric. My Olympic Achievement formula uses a weighted medal count over medal opportunity (how efficient were you with your opportunity) with an extra little bump for delegations that send a lot of athletes and who participate in more sports to reward them for athletic diversity.
The very top of the list doesn’t change a ton – the USA pretty much blew every other country away by any measure – not only total medals, but also efficiency (and number of athletes and sports competed in) which is pretty impressive – 📷🇺🇸📷🇺🇸📷🇺🇸 📷🏅📷🏅📷🏅. The US had a mind-boggling 418 potential medals with a staggering 28.95% conversion rate. I mean 📷😲.
But, if you just go by medal count, you’d never know that Tajikistan had a pretty good Olympics based on what they came in with – they had 7 potential medals and got 1 gold – not bad, even with far fewer athletes or sports over all (not to mention far fewer resources!). And the Independent Olympic Athletes sent 9 athletes, had 9 potential medals and got 1 gold and 1 bronze. All told, I think they should be pretty proud of their delegations.
I calculated a differential to show the ranking differential between where a country ranked on the simple medal count table and where they ranked in my formula – positive differentials did better in the weighted rankings (more efficient) and negative differentials didn’t (more inefficient). Sneak peek: Tajikistan had the highest differential and Poland the worst (US was 0 since it was first in both rankings). Click the link below to see more data!
#Rio2016 #dataisbeautiful
Play with the full interactive version: http://bitly.com/2aYKleC 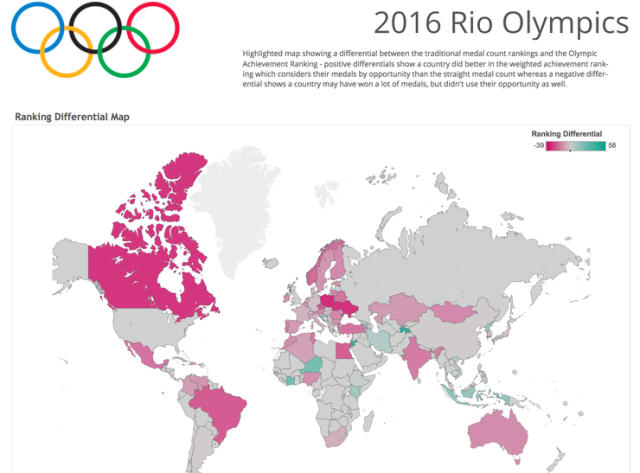 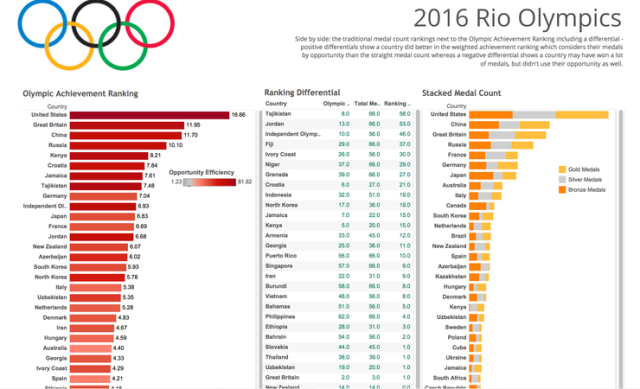 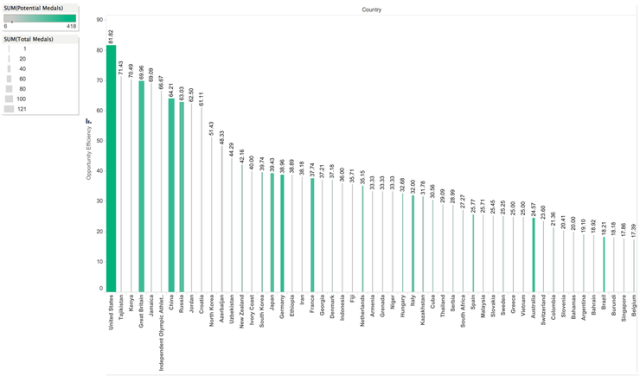 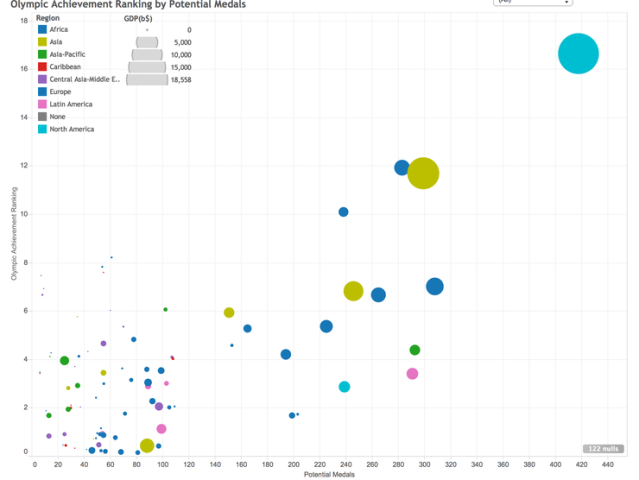 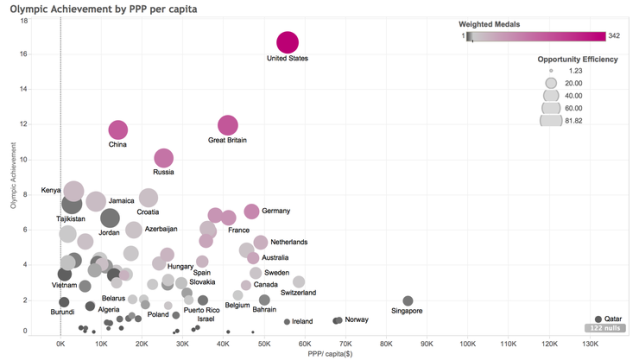 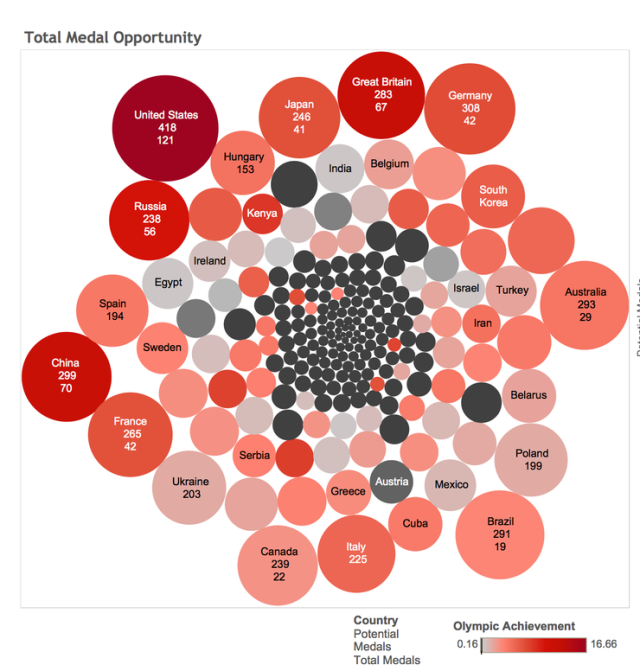 I’m Hannah. I love the Olympics and I love data. Every two years I get a chance to combine both loves!