While I was watching the Figure Skating events a few days ago, I noticed something that made my heart jump. 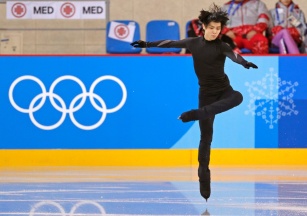 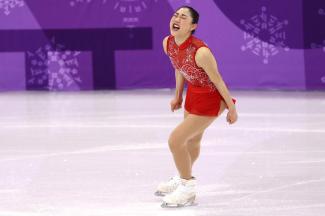 Not the excellent skating, though there was some of that – but those snowflakes!

They show up across most of the event venues I’ve seen so far. I wouldn’t really blame you if you hadn’t noticed them – they’re just there for background decoration. But what’s super cool about them that you may not have realized is that they’re made up of the letters of the Korean alphabet and the Korean writing system is my favorite writing system in the whole world. Yes, I have one of those (I have a degree in linguistics, so I come by it honestly!).

There are several reason why the Korean writing system, Hangul, is so cool:

You can see this same creativity from the snowflakes in the logo, too – the shape of the logo comes from the letters for P and Ch for PyeongChang.

Keep an eye out for more during the last week of the Games!

I’m Hannah. I love the Olympics and I love data. Every two years I get a chance to combine both loves!